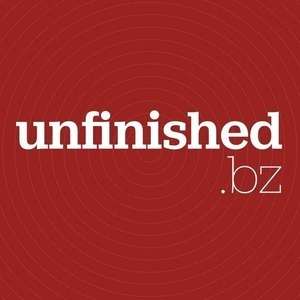 Back for episode 103 of Unfinished Business is my favourite comedy duo, ‘Pipe and Pyjamas,’ Paul Boag and Jon Hicks.

We had a list of things that we weren’t allowed to talk about, a list that was surprisingly topped by Dr. Who, food and bicycles. Instead we discuss about Paul’s green screen, his motorhome and why he left Headscape, the company he founded thirteen years ago. We end up talking about how we’re redefining our places in the web industry as the three of us get older.

In the after-show segment (for non-boring people,) we talk about Vic and Bob’s ‘House of Fools’ and as we weren’t allowed to talk about Dr. Who, we discuss Dr. Who Lego instead. No one should complain about that.